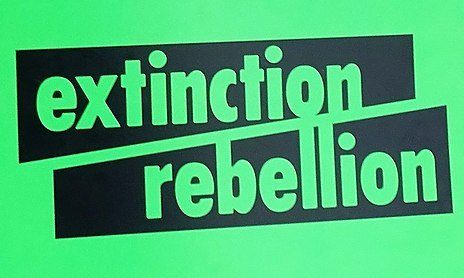 I arrive at the Queen’s Head around 7:45pm after a relatively short bus journey through the winding roads of Duffield into the town of Belper. It looks like a typically British pub with a  name that tips its hat off to the monarchy and brickwork that some would call bland while the landlord would say traditional.

As you go inside however, the Queen’s Head is anything but traditional with tonight’s focus being the Flood Fund by the Feisty. A night dedicated to musical acts which hope to raise money for residents -and the community in general – who have been affected by the flood.

I walk through a door and up a narrow corridor to the 2nd floor of the pub grabbing a pint of Budvar on my way. I am met by an enthusiastic woman in her 40s who sports red, braided hair. She points me in the direction of a box which is being used to collect money for the Flood Fund on the night.

“We’d like £5-£10 each since it’s for a good cause but anything will do!” she says kindly as I scrape together the little cash I have in my wallet. After all, who carries change these days?

The crowd is older than I expected with myself and another woman seemingly the only people in our 20s. Despite this, the crowd is a wonderful blend of people who could have just finished the daily 9-5 as an office clerk and lifelong fans of the Download Festival. Red is as popular as blonde when it comes to hair colour and it is clear that the people of Belper have come together for the community and Belper as one.

I could be accused of not fitting in with the crowd in a black parka and skinny jeans. While a few turn and stare momentarily – maybe because of the microphone poking out of my pocket – I am soon sat down taking in the atmosphere of the music memorabilia filled room.

I’m just in time to see the first act, Gez Addictive, who is known for writing songs about places in the Midlands. He kicks off with a song about Ilkeston which gets one or two members of the crowd going who have ties there. If there is any community action project around Belper which needs music, Gez won’t be far away, guitar and mic in hand.

Clad in a ‘Refugees welcome’ t shirt and starting his set by angrily questioning whether there is anyone “who’s an anti fascist?” it is easy to see why this event is supported by Extinction Rebellion. Gez is a member of XR Peak District and fresh from the election results only 12 hours previous, sees today as a grieving period rather than the celebration he was hoping for.

I'm seeing a lot of worrying and stressing out over the election result. But listen. If we don't get the change we need, we haven't lost.

We are in this for the long game.

Many XR members see the the recent election results as a step back and feel that despite all the hard work campaigning and raising awareness, the elected government is not the best-suited to tackling the climate emergency.

As Gez keeps on going through his extensive soundtrack with hits such as ‘Terry Woodpecker’ and ‘Matlock Baths’ blaring out, I turn my attention to a man sitting quietly at the bar enjoying the music.

His name is Miles Halpin. One of the founders of XR Peak District who has organised and will also be playing in tonights event. After a quick chat and a laugh about Gez’s onstage charisma, he tells me about the importance of nights like this in keeping the community together and why helping each other out is at the heart of what XR stand for.

“We just had this idea that it would be really nice and we spoke for a while about wanting to set up a gig for ourselves and some other politically-minded bands in Belper.” says Miles.

“The flood came along with the flood relief fund. The two things worked really well together. Both (himself and his girlfriend) of us are very community minded people and generally we do things but don’t get paid for it. We do it for good causes because we like it.”

Miles is an artist by occupation with a focus on aesthetic art. This means that his work is less focused on the results and more on the thing itself. This analogy can also be applied to his work in XR. He talks pessimistically about the results achieved by XR so far but knows that as an organisation they will fight on…led by their unofficial leader, Greta Thunberg.

500,000 people marched in Madrid last night to demand action against the Climate and Ecological emergency. ⁣ ⁣ #COP25 is currently taking place in the Spanish capital, where government representatives and activists from all over the world are discussing how to address this #PlanetaryEmergency⁣ ⁣ We need #EverybodyNow to demand that socially just, urgent action is taken. ⁣ ⁣ Check out our JOIN US highlight to find out how to get involved with Extinction Rebellion. 🌍⁣ ⁣ Photo reposted from @GretaThunberg⁣ ⁣ #ExtinctionRebellion #GlobalClimateStrike #TheTimeIsNow #FridaysForFuture

A post shared by Extinction Rebellion (@extinctionrebellion) on Dec 7, 2019 at 8:11am PST

“The thing it has achieved is to make people think about it. But that’s not enough.” he says.

“It needs them to get their f***ing arses into gear and I’m sure this election won’t help either. The man who didn’t show up to the climate debate…I’m very much disappointed in the result.”

When he’s not creating art, Miles is a prominent member in the community and takes pride in working with charities along with his girlfriend, Ola. He believes art can be more than a form of expression and can come to the aid of a small town like Belper when natural disasters like the flood occur.

“I run this community meal as well and with those we just give money away to whatever good causes come up. We’ve given money away to hundreds and hundreds of causes.”

“I am very supportive of that (activism through art) kinda thing. I do like to see any art be it music or any physical artwork. If people are engaging with it and that brings people in to think differently or feel differently…then yeah I’m up for that.”

Urgent policy changes need to be made to address the Climate and Ecological Emergency. Yet, our global governments continue to invest in the industries that devastate our environment and violate human rights. ⁣ ⁣ Emphasis is continually put upon our choices as individuals; although there are small things we can all do to individually reduce our carbon footprint, the most impactful changes to reduce emissions need to come from our world leaders. ⁣ ⁣ WHAT CAN YOU DO? ⁣ ⁣ Your voice is a powerful tool; join Extinction Rebellion today to put pressure on our world leaders to take action now. ⁣ ⁣ Check out our “JOIN US” highlight to find out how you can get involved today. ⁣ ⁣ #ExtinctionRebellion #EverybodyNow #TheTimeIsNow #ActNow⁣

A post shared by Extinction Rebellion (@extinctionrebellion) on Dec 9, 2019 at 4:21am PST

As Gez wrapped up his set with a quick peace sign and a thank you, Miles was whisked away by Ola as they jumped on stage to perform as part of their band, Shearglass. There songs followed a similar theme talking about veganism and the protection of all things living on our planet.

Despite the election setback, Miles and XR will continue to fight on for the cause they believe in. By hosting events such as the Flood Fund they are also showing XR can have an even larger impact than environmentalism and through art, they are also showing a different side of the movement as a whole.