By now, most of you should have heard about cryptocurrencies, Bitcoin, NFT… But do you really know what all this is about?

We are going to explain to you what exactly cryptocurrencies are, as well as briefly how they work internally.

Cryptocurrencies are a type of digital medium of exchange that has been with us for more than a decade, but in recent years that fame has increased.

Cryptocurrencies, also called crypto assets, are a digital medium of exchange. It fulfils the function of a currency, and hence they are known by that name.

However, it is entirely digital, using cryptographic methods to secure your financial transactions, control the creation of new units, and verify the transfer of assets.

Therefore, we can consider them as a decentralised alternative to digital currencies.

By “decentralised” we mean that these coins are not controlled by a single entity or bank.

The first cryptocurrency was called Bitcoin, created by Satoshi Nakamoto, a pseudonym, which means no-one knows who they are.

They published an article in 2009 in which he described a payment system that he called Bitcoin.

After a few months, he published the first version of the software that allowed managing the currency network and began to interact in forums with the first interested parties.

It is believed thaty he has become one of the 20 richest people in the world.

Bitcoin and its technology have had such an impact that over the years more and more alternatives have been arriving, new cryptocurrencies that have been increasing in value with more or less luck.

Since then a large number of different cryptocurrencies have been created.

Another thing you should know is that the value of each cryptocurrency is variable and that in recent times there has been speculation similar to stock market assets.

Therefore, there are many people who are creating wallets in services where they can buy cryptocurrencies and try to buy them to sell them later and thus earn money.

It is not recommended that you get into this if you do not understand how it works because there can be abrupt drops in the value of cryptocurrencies and you’ll end up losing money. 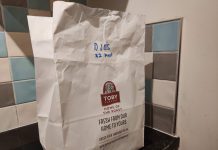 Mental health awareness week: the best apps and websites for looking after your mental health