A six-year project to renovate a historic walled garden in Derby’s biggest park has been finished.

Since 2014 Friends of Markeaton Park have worked tirelessly to breathe new life into the area.

The walled garden is difficult to find because it is hidden by the Orangery, Craft and the Mundy Play Centre.

Volunteers says dog walkers, friends and families are welcome to visit the revamped garden during its opening hours.

Volunteer Sue, who helped to renovate the garden, said: “When we have the garden open, which is four days a week, we always encourage people to come and walk around, we have a very friendly staff, if anyone needs any help or have any enquiries they can consult us.”

Volunteer Dawn says that people who visit the walled garden are do not just come from Derby but return from all over the East Midlands such as Stoke-on-Trent, Burton, Leicester

For years, the volunteers have helped to organise and run events throughout the seasons not only to its local community in Derby, but for people who come from the East Midlands and other places in the country.

Markeaton Park is operated by Derby City Council, but it is the volunteers take care of the park.

The 207 acres park covers many events, from bird-watching in mid-March to craft fairs and a Strawberry Cream Tea.

The charity’s incentives are clear, to give back to the local community in Derby as the constant support allows the friends’ group to run more events.

With recent flooding, the charity has had to struggle with cleaning everything out and made sure there was no major loss, from the vegetable garden as well as the greenhouse that is dedicated to other plants.

Pete, a retired engineer, said: “We lost a considerable amount of products from vegetables to flowers, some plants were even deteriorated in the greenhouse, but overall we took the right precautions to avoid any further damage to our garden.”

However, the council do not fund the charity, meaning that volunteers fund themselves, but Dawn says the council has been helpful with materialistic donations: “We have not received any actual funding from the DCC but the help we have received throughout the years from Sainsbury’s, Tesco and many other people has been amazing.”

The University of Derby has helped the group with funding, allowing the volunteers to buy tools and equipment towards their walled garden project and maintaining the place in order.

Another event that is set to take place in March is bird-watching, there will be limited spaces which allow the group to run the operation smoothly and make each and everyone of them more special. You can find the full list of upcoming events here

What do you visit Markeaton Park for, fill in the form below. 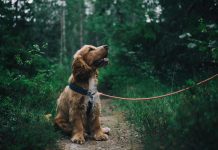 Are YOU harming your dog this Fireworks night?

Bonfire Night: An act of terrorism or an act of heroism? 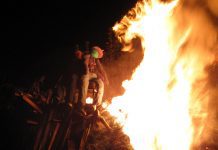 Guy Fawkes night: the celebration of torture and execution