Think of the United Kingdom and several things may come to mind – Big Ben, Brexit, red buses to name a few.

But one thing that is iconic in the UK and may not be as well known to international students is pie.

And it is such a British staple that each year there is a whole week dedicated to celebrating the humble pie.

British Pie Week runs during the first full week of March and features festivals, competitions and, of course, a lot of pies.

So, with the British public, being so passionate about their pies, trying one of these delicacies should be on your checklist of things to do when you are next in the UK – if you haven’t already.

After all, trying national foods is a real experience for every international visitor. Food is a way to get to know people and their culture from a different point of view.

Bearing all that in mind, here is some useful information about pies, British Pie Week and why pies are so important for students.

In a nutshell, pies are basically warm, sweet or savour pastry dishes. They have quite a lot of variations of fillings and can look very different as a result of this.

Pies, first and foremost, are a popular treat in restaurants, cafés and pubs. But, for many, the pie is much more symbolic than this – and can really be the ideal comfort food.

“We must have a pie. Stress cannot exist in the presence of a pie.” – this quote appeared in the book Boston Marriage, written by David Mamet. It’s perhaps one of the most accurate quotes about pies.

There are lots of types of pies you can make or buy. This includes savoury pies, dessert pies, crumble pies, pastry pies or even pizza pies. It is impossible for someone to not find their favourite amongst all these choices.

His fellow student Ben Spriggs, 23, however, recommends Shepherd’s Pie. He said: “A staple in pies that offers all the good stuff from mincemeat to carrots and peas.”

According to research provided by hungryhouse.co.uk from 2017, these are the top 10 pies in the United Kingdom:

So it’s clear British people love pies. After all, it’s something of a traditional food.

Therefore, it’s not a surprise that they created a celebration of pies in form of the British Pie Week, which takes place on the first full week of March.

It was started in 2007 by British pastry-rolling company Jus-Rol. During the years, it has grown from a small pie-baking celebration to a bigger phenomenon.

People came up with new ways of celebrating it. Some of them worth mentioning are baking contests, eating contests or pie art.

Some internationals don’t understand the fuss about it, though. International student Yori Kayzer, from the Netherlands and currently studying at the University of Derby, said: “I think having a day to celebrate and appreciate a traditional dish and its history is good, but I do think that an entire week is a bit too much.”

But there are still British people who have no idea that this celebration exists, such as Derby student Ben, who said: “I have never celebrated British Pie Week. I didn’t even know it really existed.”

Pies and students – what’s the connection?

Students who move to go to university in a different city have to say goodbye to many things. If they can’t bake, pies are one of them.

Every holiday is then so much more important – and not just because students get to see their families after a long time. It also means they can enjoy all the pies their parents are likely to bake for them. After all, pie is love, pie is warmth and pie is home.

The importance of pies for students is closely connected to a culture they grew up with. Almost every student in the United Kingdom loves a warm tasty pie and has their favourite.

Plus, after a long semester full of exams and work, exhausted students need a lazy week or two full of their favourite comfort food.

Ben said: “Pie and I are good friends. It’s there when I need some comfort food after a long day in the cold and need to feel fat and tired.”

And Harry said: “Pie is one of the most British dishes.”

Give it a try

As we’ve seen, British people are very proud of their pies and it’s a love affair that looks set to continue for a long time.

So, even though some international students cannot understand the bonkers combination of meat and pastry, they might be pleasantly surprised if they give it a try.

How Bristol Rovers achieved their promotion to League One 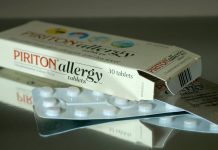