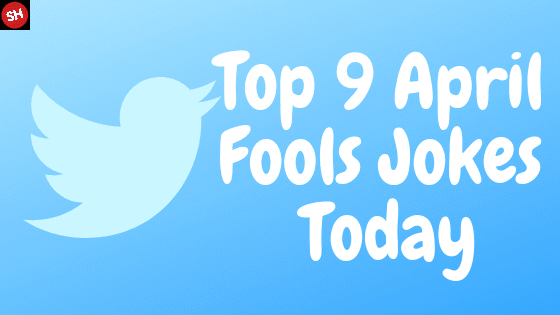 Yes, it’s that time of year again – it’s April Fools’ Day – a day loved by many but hated by others.

For some, it is a time to break out the funniest pranks and wittiest hoaxes. For others, it is a day to hide under the duvet and not emerge until midday – when it’s safe to come out.

And it’s also a day when the world’s most recognisable brands and organisations prove that there is some humour behind the serious façade.

Here, we’ve put together a list of nine of the best April fools’ Day tweets that have graced our feed so far:

Due to time difference, this one has been knocking around for a while and did result in some UK people interested in April fools’ Day getting several messages at around 2am.

The All Blacks released the below picture, claiming that Jason Momoa and Dwayne ‘The Rock’ Johnson were signing with New Zealand Rugby.

BREAKING NEWS | Hollywood stars @TheRock and Jason Momoa have swapped movie scripts for mouth guards in a shock move to sign with @NZRugby.

The pair certainly have the appearance of professional rugby players and the image certainly looked the part, however at the respective ages of 39 and 46, it doesn’t quite ring true.

Well, there are certainly mixed feelings on this one. Maccies UK “announced” today that they would be releasing milkshake sauces for customers to dip their fries in.

Surprisingly – or perhaps not surprisingly, depending on your outlook – the majority of the comments seem to wish that this was real.

The Twitter account advertising Australia had a crack at April Fools’ Day, suggesting that some baby Koalas are born with dappled fur. One great attempt at editing the photo later, the PR team’s dream had become a reality.

We don’t yet know why only certain joeys are blessed with such incredible fashion sense, but we’re sure little April here is the envy of her friends. #seeaustralia #wildlife #australia pic.twitter.com/FJUDwdRk9E

While this was quite clearly an April fools’ joke, it was a highly convincing attempt and will definitely have caught a few people out.

Title-bound Liverpool have released a sponsored video of their senior players pranking youngster Rhian Brewster. With the aid of an actor, Andrew Robertson and Joe Gomez attempt to embarrass their young teammate through a “security guard” who refuses to let the 18-year-old in.

Meet the world's most annoying security guard and his #LFC accomplices 😉 → https://t.co/A1QaJR0uFv pic.twitter.com/vnPAl4NU9i

While this is a sponsored video, it is nonetheless a prank and does have some genuinely funny parts in. Well done Liverpool.

Well, spreadable tea anyone? Yes, one week after Marmite announced their plans to release a peanut butter spread, the nation’s favourite tea has done the same. Although, this isn’t as serious.

Well-known for their consistently amusing social media channels, the Harrogate-based brand have smashed it out of the park again.

Not exactly the biggest brand in the world, rugby union side Worcester Warriors have done something quite special today. Teaming up with football manager and overall legend Ian Holloway, this has been a highlight of the day.

✍️ Warriors are delighted to announce that Ian Holloway will become our new kicking coach.

Telling the players that the well-known Bristolian is their new kicking coach, the former Blackpool manager tells them how to kick a football instead of a rugby ball. Magic stuff.

Imagine going to the corner shop, grabbing a 50p packet of crisps and handing over a coin to that value with a poo emoji emblazoned across it. This is a reality that The Sun have attempted to create this April Fools’ Day.

Royal Mint has unveiled its latest coin collection – based on the emojis https://t.co/Cc4X7wX7MH pic.twitter.com/Uu3JV4JpkF

Using photo-editing software, The Sun’s social media staff have outdone themselves. With many of the nation’s favourites used, it was clear this was a joke, but there’s always that split second that you think; maybe.

Burger King “announced” that a double cheeseburger, with Swiss cheese and mushrooms, will be available until noon today. Prime April Fools.

Back until noon today only. pic.twitter.com/vex3EwgYnR

Major coffee brand Costa have gone completely in the opposite direction to everyone else. Saying that they would never prank their customers, a simple flat white on a red background is all that could be seen on their tweet.

Nope, sorry, we’d would never fool around with the nation's favourite coffee – not even on #AprilFoolsDay pic.twitter.com/ca9Th74qK9

READ MORE: What are the origins of April Fools’ Day and where does it come from? 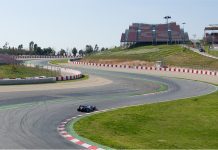