There is a growing number of artists breaking onto the music scene at the moment with a unique pop vibe underpinning their distinct electronic sound. This minimalist or progressive music has more and more followers, with the regular top comment on latest releases asking “what artists have a similar style of music to this?”

Here are five electro-pop artists who look set to have a successful 2018.

Singer and multi-instrumentalist Jonathan Ng has been building up a large and dedicated fanbase online for the past three or four years now. Originally releasing music under the stage name The Eden Project, he simplified his moniker to EDEN in 2015 when his music became much less EDM or Dubstep influenced and started to became closer to the genre of pop, without losing the electronic layers that had got him a recognised.

His debut album was released in January and a worldwide tour is soon to follow, but EDEN has already discussed in interviews his willingness to collaborate with other artists if it fits the project he’s working on. He’s made a big impression at the start of the year and he’s looks likely to only grow in popularity throughout 2018.

Crash was the final single from the album before its release and has already gained 8million plays on Spotify, with millions more across its music video and lyric video. The song “drugs”, from the 2016 EP “i think you think too much of me” is his most popular track to date and shows a much heavier and darker side to his discography.

“crash” and “take care” are taken from EDEN’s debut album, “vertigo” which was released in January.

Despite being very new on the scene as a solo artist, Sasha Sloan is already giving a lot of people a good reason to keep an eye on her this year. Originally breaking through by lending vocals to big EDM artists, such as Kygo on the track “This Town”, Sasha released her debut single “Runaway” at the end of 2017, giving fans of her vocals an insight into what kind of music she was creating. Despite only just releasing her fourth song “Normal”, an reflection on the attitudes and behaviours of today’s young adults, she is getting streamed over 2.5million times per month on Spotify and if her next songs this year continue to impress, she could easily hit the top 40 as a solo artist in the near future.

Jeremy Zucker has been steadily releasing music over the last couple of years, with a blackbear collaboration “talk is overrated” being the most well-known track to date. Every EP has had successful tracks however, each one adding to his reputation as a talented multi-instrumentalist. New EP landed at start of February, putting a new take on some of his most popular songs in an acoustic, one-take environment. He is active on Twitter, regularly interacting with fans and keeping them in the loop with what is in store and he has been teasing new music for a little while, so expect for him to build on his impressive discography during the year.

“IDK Love” is an early release from Jeremy that showcases his style and sound, with “talk is overrated” being his most well-known track.

Originally bursting onto the scene briefly in 2013, Stephen disappeared almost as quickly as he rose to popularity with no word from him. Two years later, he explained via a series of letters to his fans that he’d taken two years to travel the world, find himself and create music he was proud of. The result of that was the debut album “Sincerely”. Before its release, the song Crossfire was debited on popular YouTube channel MrSuicideSheep and currently has been played over 20 million times, with 33million hits on Spotify.

After recreating Crossfire with a range of different artists, he released the Crossfire EP with three different versions of the song, then went quiet for another two years until collaborations with Grey and JT Roach came out at the end of 2017. At the start of February he released two singles on the same Friday through respected label MonsterCat, before revealing he hoped to have two singles out every month for the foreseeable future. Both songs are in the signature Stephen style with his incredible vocal range, so the next few songs due out are sure to continue pleasing fans of his discography.

Zach Burgett, performing under the stage name Prismo, is the closest artist to a more generic EDM sound, with his music building and dropping with a dance music vibe. But with the music he’s steadily released over the last 18 months, he has shown an interest in experimenting with softer music, which his producing style and voice lend well to. Some of his more popular tracks, including “Neverland”, build up from a very minimalist verse. His releases show no signs of slowing down so he is definitely one to keep an eye on as his sound diversifies. 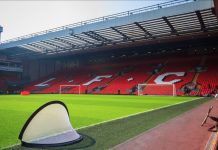