Derby North MP Chris Williamson has said that he is hopeful of a change in U.K drug laws, following an All-Party Parliament Group meeting at Westminster.

In an exclusive interview with Storyhub, the Labour politician said that there was “An appetite for change” in the current drug laws, and “significant body of support across the House of Commons” after cross party talks into changing the existing drug laws, most notably the Psychoactive Substances Act, which was passed through last year. Speaking from London, following parliamentary talks the previous day, the Derby born politician said that current laws on drugs were not fit for purpose and actually hurting the country, but does believe that change is possible.

“The current laws are not fit for purpose, they are positively damaging. They are not only failing to protect the public and stop drug use from rising, they are actually making matters worse.”

“You talk to professionals, whether it be with those in rehabilitation or in the police, who are responsible for enforcing the drug laws, and I think all would agree they are not fit for purpose” Said Mr Williamson

“There are a number of people sitting on the Tory benches who would support a change. And I’m hopeful.”

He continued, saying “A get together, from across the house (Of Commons) and for those sensible, sane voices in all the parties to come together, collaboratively, to press for a different approach.”

This news comes in midst of Derby grappling with an increasing epidemic in illegal drug usage that has surged in the last year, notably caused by the use of ‘Black Mamba’, a synthetic cannabis substitute, which Mr Williamson has been notably vocal on, siting the rise in austerity measures for being the main reason so many are turning to drugs.

Mr Williamson went on in the interview to say that media coverage from national papers, such as the Sun and the Daily Mirror and local publications, such as the Derby Telegraph were not looking at the real problem and when asked about the media response to a documentary video on Black Mamba in Derby, that Mr Williamson made, the MP said “We were hopeful that we would get a reasonable response because the local paper (Derby Telegraph) had been indulging in some in some scaremongering tactics. Sensationalising the problem and de-humanising the users”.

“It seems to me that the only reason that the legislation has remained as ludicrous as it is, is because of the fear of the tabloid media” 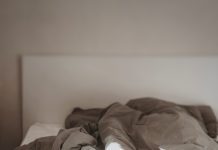