Ahead of what looks to be another historic Premier League fixture in Newcastle vs Arsenal tonight, lets roll back the years to explore what else has taken place on May 16th.

The 1986/87 FA Cup final was something of a ‘David v Goliath’ encounter between Tottenham Hotspur and Coventry City. Spurs, who had previously played in seven FA Cup finals and won them all, were facing a Coventry side who were playing in their first ever final.

The game started as many would expect with prolific forward Clive Allen opening the scoring for Spurs within two minutes. However, goals from Dave Bennett, Keith Houchen and a Gary Mabbutt own goal meant the Sky Blues lifted their first and only FA Cup.

#OnThisDay in 1987, @Coventry_City battled back from a two-goal deficit to beat @SpursOfficial 3-2, to seal the Sky Blues their first ever FA Cup title! 🏆 pic.twitter.com/kIDToGD3qr

Since then, Spurs have won three domestic cup competitions whereas Coventry have won a League One title and an EFL Trophy.

Each fan who attended West Ham’s final Premier Division match of the 1998/99 season against Middlesbrough at Upton Park was given a bubble-blowing pot by kit supplier Fila. An estimated 23,680 fans simultaneously blew bubbles during the game to get into the Guinness Book of World Records for the most bubbles blown by multiple people for one minute, a record which is yet to be broken.

#OnThisDay in 1999, before their game against Middlesbrough at Upton Park, 23,680 West Ham United fans set a Guinness World Record for most people simultaneously blowing bubbles. pic.twitter.com/CNgWkU2Rq0

The reason West Ham set this record is because of their infamous chant “Forever Blowing Bubbles.” The song was adopted by Hammers in the early 1920s after the song, which was originally from the New York broadway show “The Passing Show,”  charted in England.

During a match between Southampton and Aston Villa, Senegalese winger Sadio Mane scored the quickest ever Premier League hat-trick in a remarkable two minutes and 56 seconds. The game finished 6-1 to the Saints with Mane winning the man of the match award.

Mane went on to move to Liverpool in 2016 and his since made over 200 appearances for the Reds, winning a collection of trophies since.

It was a record previously set by another Liverpool forward Robbie Fowler after he netted three against Arsenal in four minutes and 33 seconds. Fowler’s hat-trick held the record for 21 years.

Just two days after winning the FA Cup, Wimbledon’s infamous ‘Crazy Gang’ hit the headlines yet again. In a testimonial match for one of their cup-winning players, Alan Cork, most of the players ‘mooned’ at half-time. It saw Wimbledon being charged by the FA for bringing the game into disrepute – the club were fined £5000 as a result and each of the players involved were also charged £750. 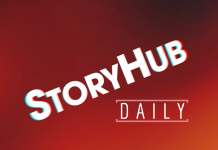