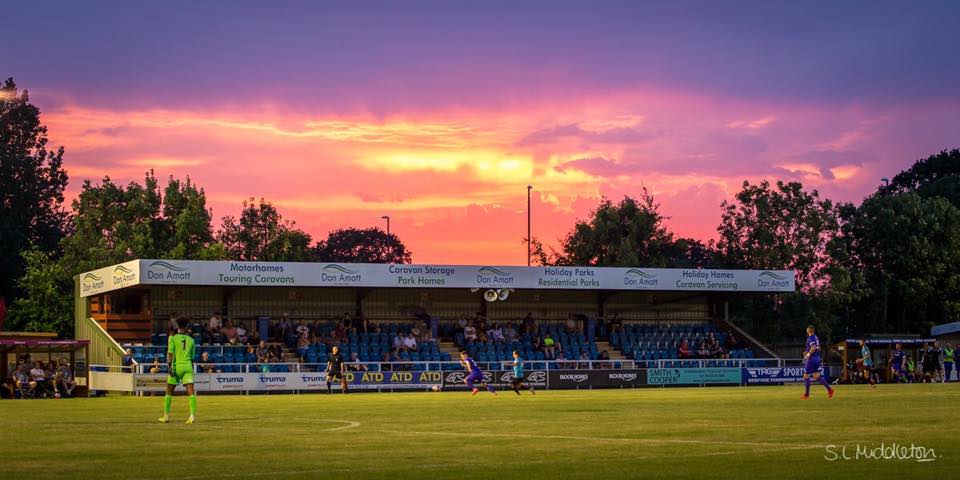 Construction is well underway at the Don Amott Arena for Mickleover FC’s new stand and 4G pitch, which will be used by both the club and the local community.

The plans are finally being implemented after a long battle with planning permission issues and of course the Covid-19 pandemic which has halted the progress of the project.

Plans for the new pitch were in the pipelines for a while and with no football being played in the Northern Premier League, now is the perfect time for construction to take place.

The upgrades, which will cost around £750,000, will be installed by Pugh-Lewis of Chesterfield and work is expected to be completed by Mid-July.

Owner and chairman Don Amott has announced plans to rent out the pitch to members of the public and other local football clubs in the area as a means of funding the pitch and maintaining its upkeep.

Bookings will be between £80-£120 respectively and will allow the local community to have top of the range facilities within a close proximity to themselves.

Along with the new 4G pitch, 250 new red seats will be implemented into the new main stand along with new LED floodlights.

Amott also hints at further improvements to the stadium in the future, which includes a new clubhouse and a new set of changing rooms among many others.

These renovations are long overdue with the pitch being the main issue. The amount of games that have been called-off due to a waterlogged pitch in the past average at around six games a season so it was vital that the club got that as it will sort out all sorts of complications such as last minute postponments.

Furthermore, the facilities are not great compared to the other teams in the league and with the club finishing last season in first place, it is only right that the facilities off the pitch match the performances off it.

Hopefully when the league resumes, the first team will adjust to their new environment and push for promotion again having kept hold of their squad and managerial team.

Things are looking positive for Mickleover FC and with the new facilities that they will return to, the clubs revenue will gain a much needed boost in these troubling times thanks to the public leasing that they will offer.